Lasser, C., et al. (2012). "Isolation and characterization of RNA-containing exosomes." J Vis Exp(59): e3037.
The field of exosome research is rapidly expanding, with a dramatic increase in publications in recent years. These small vesicles (30-100 nm) of endocytic origin were first proposed to function as a way for reticulocytes to eradicate the transferrin receptor while maturing into erythrocytes, and were later named exosomes. Exosomes are formed by inward budding of late endosomes, producing multivesicular bodies (MVBs), and are released into the environment by fusion of the MVBs with the plasma membrane. Since the first discovery of exosomes, a wide range of cells have been shown to release these vesicles. Exosomes have also been detected in several biological fluids, including plasma, nasal lavage fluid, saliva and breast milk. Furthermore, it has been demonstrated that the content and function of exosomes depends on the originating cell and the conditions under which they are produced. A variety of functions have been demonstrated for exosomes, such as induction of tolerance against allergen, eradication of established tumors in mice, inhibition and activation of natural killer cells, promotion of differentiation into T regulatory cells, stimulation of T cell proliferation and induction of T cell apoptosis. Year 2007 we demonstrated that exosomes released from mast cells contain messenger RNA (mRNA) and microRNA (miRNA), and that the RNA can be shuttled from one cell to another via exosomes. In the recipient cells, the mRNA shuttled by exosomes was shown to be translated into protein, suggesting a regulatory function of the transferred RNA. Further, we have also shown that exosomes derived from cells grown under oxidative stress can induce tolerance against further stress in recipient cells and thus suggest a biological function of the exosomal shuttle RNA. Cell culture media and biological fluids contain a mixture of vesicles and shed fragments. A high quality isolation method for exosomes, followed by characterization and identification of the exosomes and their content, is therefore crucial to distinguish exosomes from other vesicles and particles. Here, we present a method for the isolation of exosomes from both cell culture medium and body fluids. This isolation method is based on repeated centrifugation and filtration steps, followed by a final ultracentrifugation step in which the exosomes are pelleted. Important methods to identify the exosomes and characterize the exosomal morphology and protein content are highlighted, including electron microscopy, flow cytometry and Western blot. The purification of the total exosomal RNA is based on spin column chromatography and the exosomal RNA yield and size distribution is analyzed using a Bioanalyzer. 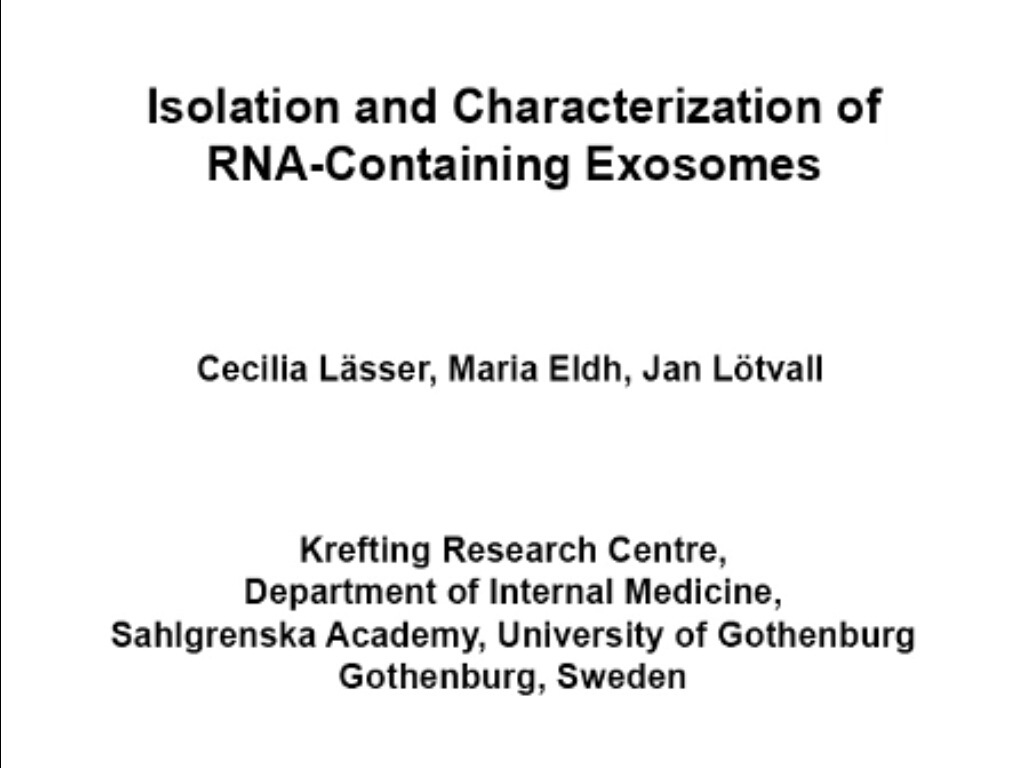 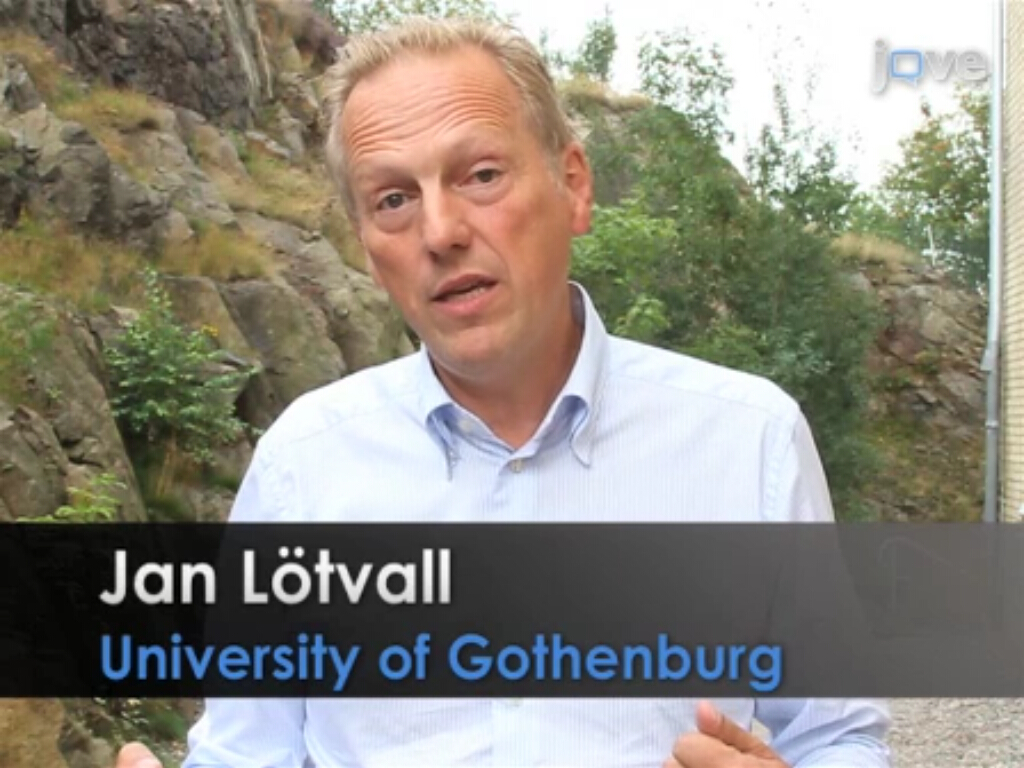